Dyserth castle was commenced by Henry III around 1245 (some say 1241) and was built on a large scale; historians say that it had much in common with the castle that was later built at Conwy. However, the castle’s high position was also its weakness. Isolated from any navigable water its soldiers could not easily be relieved in times of attack. It was attacked in 1263 by Llywelyn ap Gruffydd (Llywelyn the Last) and destroyed after a six-week siege.

Some castle ruins were visible until they were quarried away during the First World War. Now almost nothing remains of Dyserth castle other than banks and ditch defences of the outer ward. 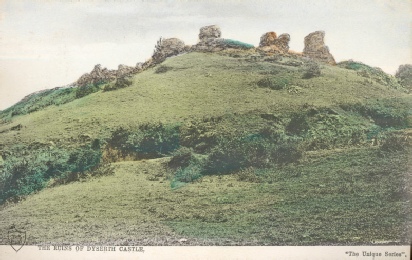 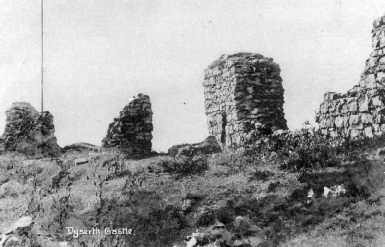 Ruins of Dyserth Castle, from a postcard posted in 1911 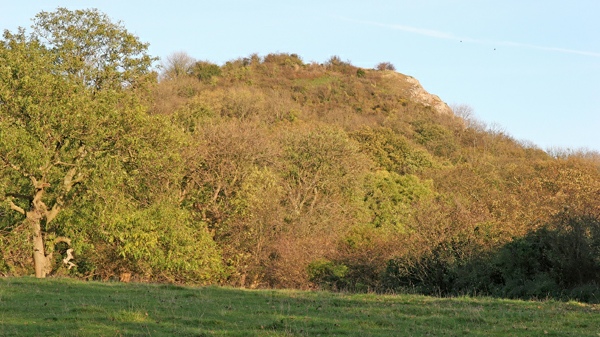 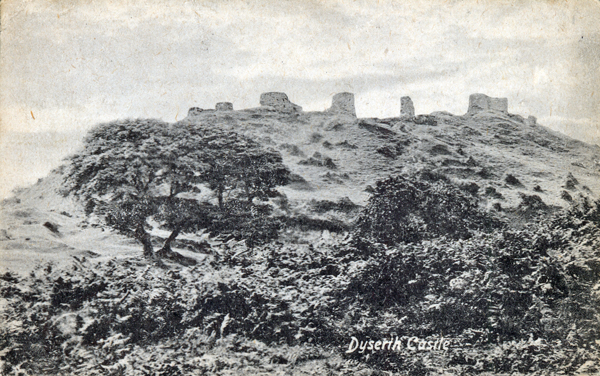 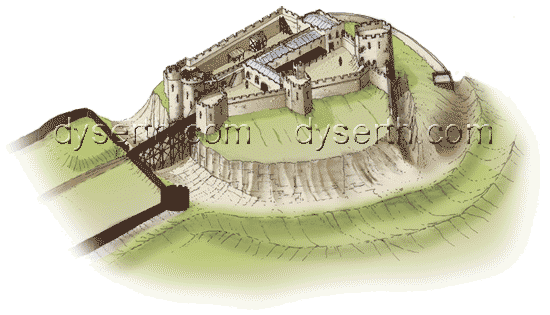 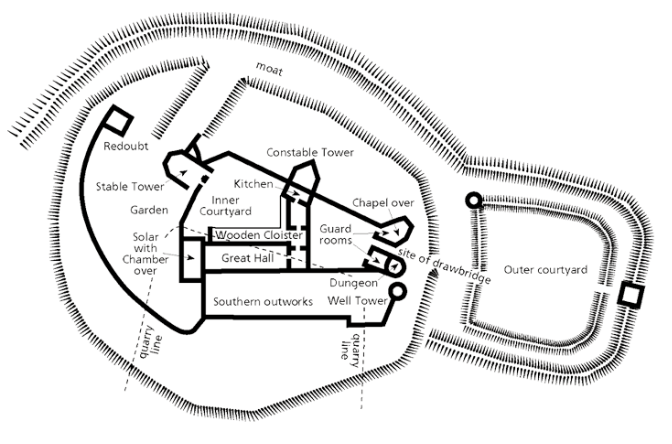 Dyserth Castle Plan, with kind permission of John Northall,
which inspired the illustration below

From a postcard posted in 1917, courtesy Harry Thomas Collection 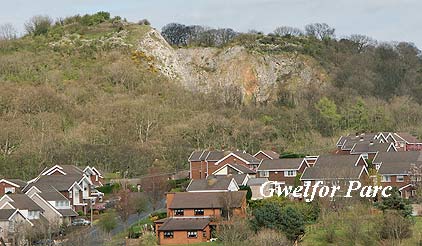 As it appears today