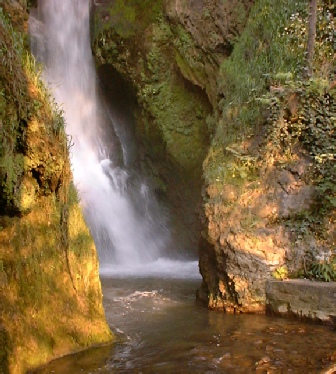 The River Ffyddion rises 4.5 miles to the east of here and is joined a mile away at Marian Mills by water from a spring called Ffynnon Asa. After falling some 70 feet over this waterfall the river makes its way westwards and joins the River Clwyd west of Rhuddlan.

The Domesday Book of 1086 mentions a mill in the Dyserth area, but whether it was located at the waterfalls is not known. 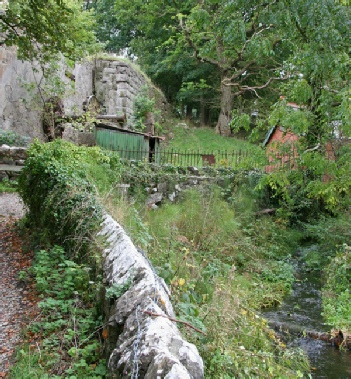 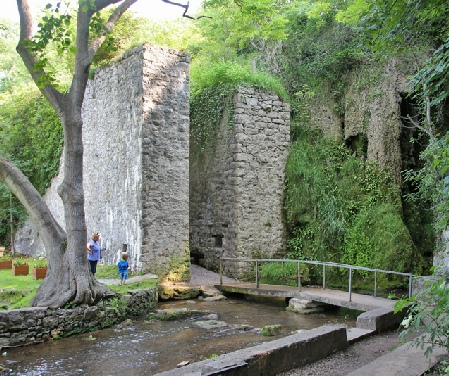 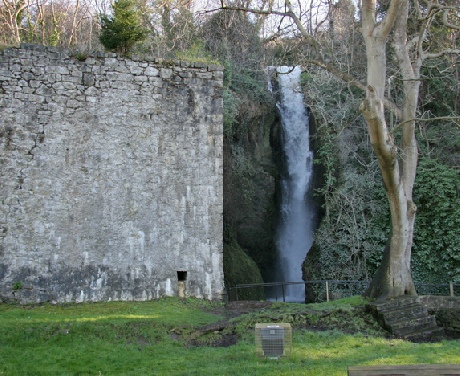 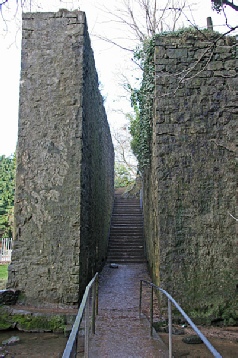 It is probable that the massive pair of walls to the left of the falls were built to support a water wheel which would have been driven by water diverted from above the waterfall. The walls could be medieval, but their history is unknown.

The path up the steps between the walls continues over the hill and joins public footpaths to the upper village and the Dyserth-Prestatyn walkway. It also joins the Dyserth Circular Walk. 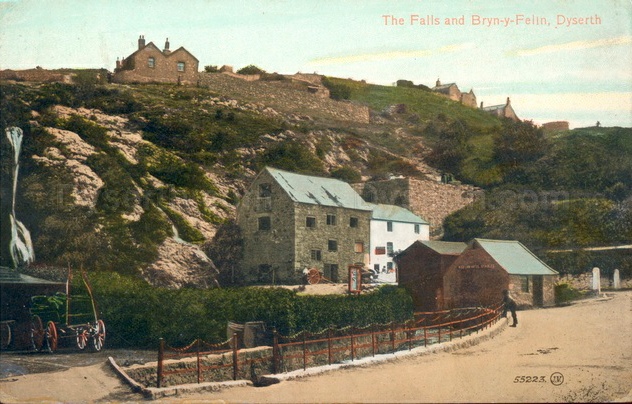 In later years several mills sprang up along the River Ffyddion, (seven within the parish of Dyserth) some for flour and some fulling mills used in cloth-making. The most recent mill at the falls (shown right) closed sometime in the 19th century and was demolished in the 1950s.

The last to survive was the very large Llewerllyd Mill further down stream, which ceased to operate in the 1960s.

The rise of the Talargoch mines meant more and more water was diverted by leats (one constructed in the 1750s and another in 1844), to serve the waterwheels and steam engines of the mines. When Dr Johnson visited Dyserth in 1774 water was diverted temporarily to allow the waterfall to flow again. He then pronounced it “a very striking cataract”.

And in Thomas Pennant’s “The Journey to Snowdon” published in 1781, he speaks of: “A water-fall in the deep and rounded hollow of a rock, finely darkened with ivy, once gave additional beauty to this spot; but of late the diverting of waters to a mill, has robbed the place of this elegant variation.” 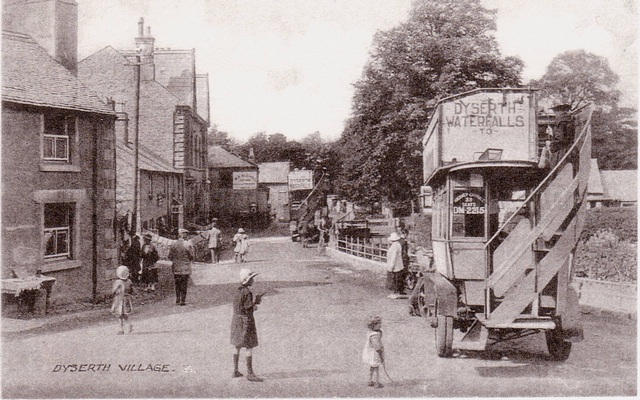 The mines closed in 1884, the waterfall flowed once more and has been a tourist attraction for over a hundred years.

Lots of old photos of the waterfalls in the 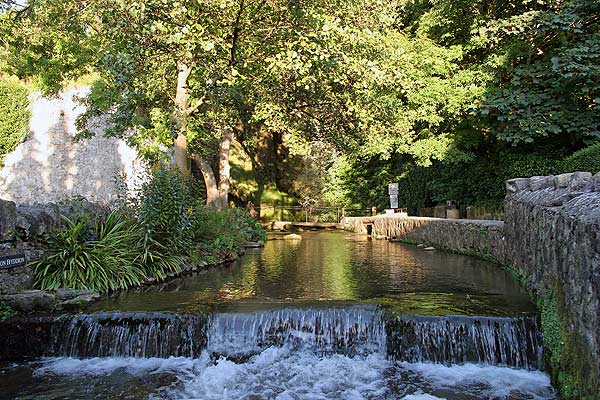 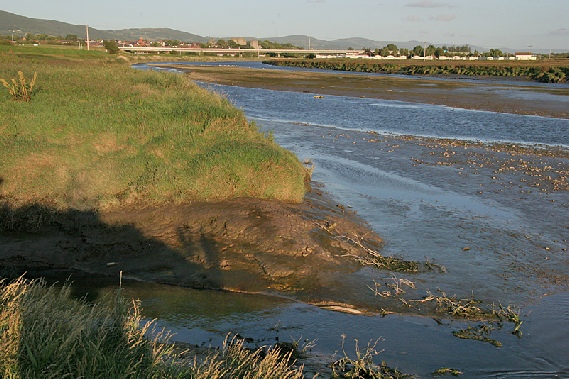 At Marion Mills near Prestatyn Waterworks and Ffynnon Asa, just above where it meets the River Ffyddion.

Where the Ffyddion joins the Clwyd, downstream from Rhuddlan.