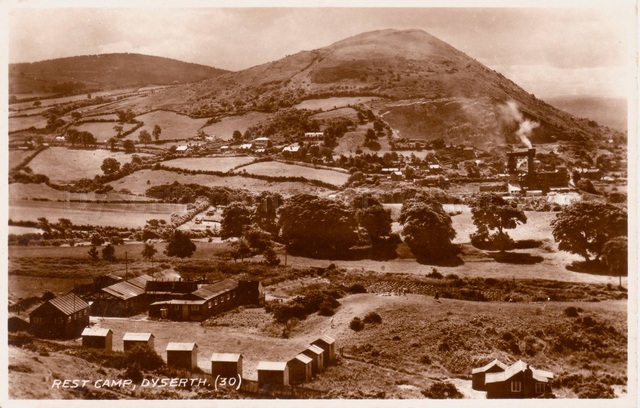 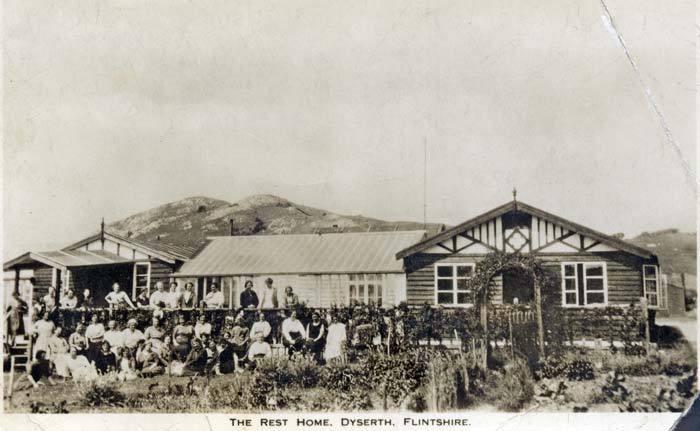 Nobody seems to know much about this camp. It isn’t the Merseyside Holiday Camp.
If you have any information please get in touch:

From “Dyserth An Historic Village” by Ron & Lucy Davies:-

In August of (1938) Mr. Bellis-Jones, the Schoolmaster was appointed billeting officer for evacuees, and preparations were made for evacuees from vulnerable areas. 300 children and 30 helpers were to arrive on the 4th September, and 275 women and children on the 5th. A rest camp at Bryniau and Mia Hall were to be used for housing them, and the necessary rations were discussed. Problems followed. Some lads went back home after drawing their billeting pay, and there were complaints about children’s bad habits and extravagant ways, and lack of sufficient clothing.