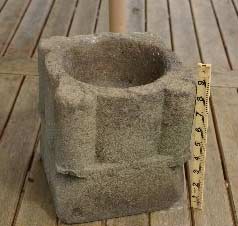 It came from Elwy Villa over 50 years ago. Elwy Villa (later known as Colomendy) was where Alfred Wigley had his hairdressing salon.

Its origins are unknown 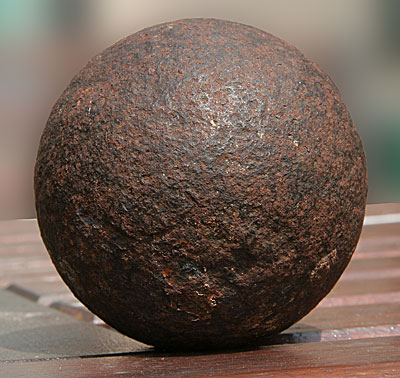 This cannonball was discovered when digging the foundations for a house on Bryn-y-Felin many years ago.

It was presented to Dyserth Environmental Group 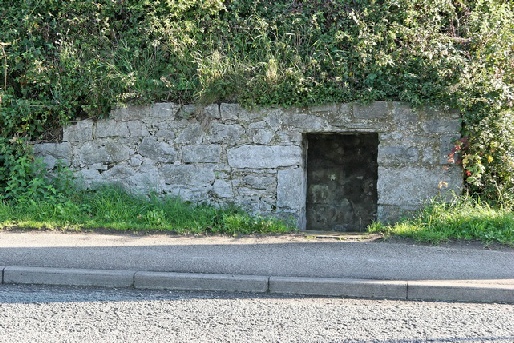 Opposite the entrance to Dyserth Hall, just down the road from Dyserth Falls Resort (formerly Graig Park), is this stone wall with a small doorway.

This was one of the wells that once supplied water to the villagers. I am told that the road level was raised when it was re-routed several years ago and that the doorway was originally much taller. 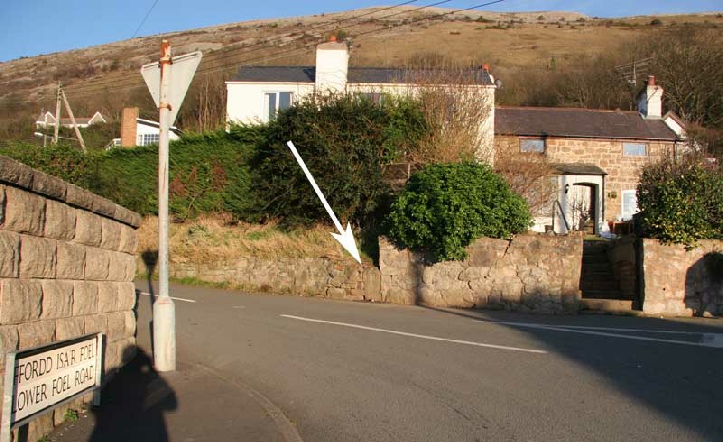 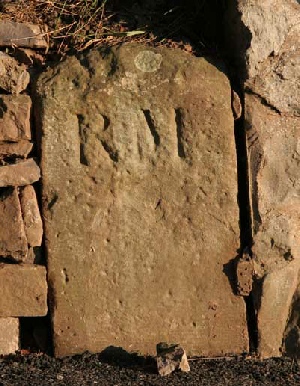 Near the end of Lower Foel Road, where it meets Cwm Road, there is a (Grade 2 listed) ancient boundary stone set into the wall marked with the letters RM, the initials of Sir Roger Mostyn (c1569-1642) who acquired much land here in the 1590s. 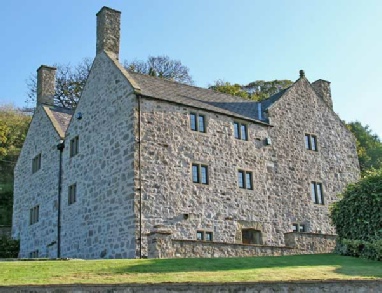 Roger Mostyn was an ancestor of William Mostyn who built the 17th century house, Pentre Cwm, on the road from Dyserth out to Cwm.

These pictures are the work of Robert Leonard Hughes, who was born in March 1910 and died in October 2006. They are done with a series of dots. I have included them here because I didn’t want them just to be lost in with the old photos.

Gravestone for a beloved pet

On the bank of the Afon (River) Ffyddion opposite the New Inn car park, in the shadow of a small brick-built building, stands an old stone.

This marks the grave of a dog, owned by the Rev. John Owen, Vicar in the early 1900s. The inscription was recorded in 1963 by the late Mrs Barbara Manwell and reproduced in “Dyserth an Historic Village” by Ronald & Lucy Davies.

Blame not the tribute
of a passing tear.
here lies poor Addy
To us so dear.
Of dogs the noblest,
gentlest and the best.
Gone now forever
to his last long rest.
(The date was illegible) 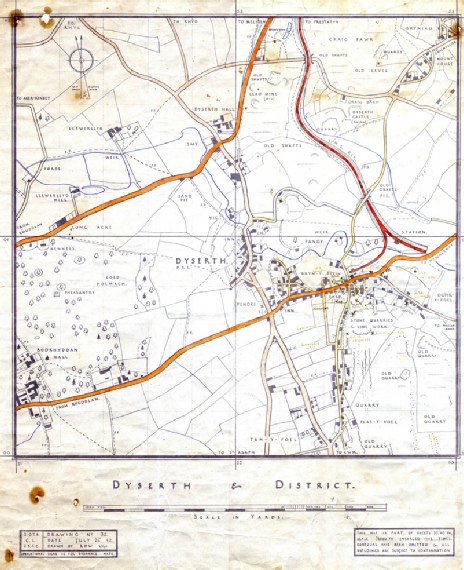 Wartime map of Dyserth including references to “Rifles & Bombers”, dated 1942.
Click on the map for a larger image