Moel Hiraddug and Dyserth village are on the left and Mynydd y Cwm (Cwm Mountain) is on the right.

The route was given as: Base - Whitchurch - Rhyl - Woodvale.    The mission: Ferrying Personnel.
Their base was Horham in Suffolk, where the 95th Bomb Group UK museum is located.
RAF Woodvale is near Formby on Merseyside.

It was a Non-Operational Cross Country Flight, Ferrying Personnel.

Crashed near Dyserth in Denbighshire (it was Flintshire in then)
Wednesday 29th December 1943 at 1445 GMT. 18 Men killed.

The crash site was given as:-

At Bwlch, 2 miles SW of Newmarket, Flintshire, Wales, Great Britain.
(Newmarket is now called Trelawnyd and is still in Flintshire, but the crash site is now in Denbighshire)

Special thanks to Alan Clark of www.peakdistrictaircrashes.co.uk for most of the information on this page

The marker shows roughly the area in which the aircraft crashed. I don’t know exactly where, and as far as I know there is nothing to indicate the position. 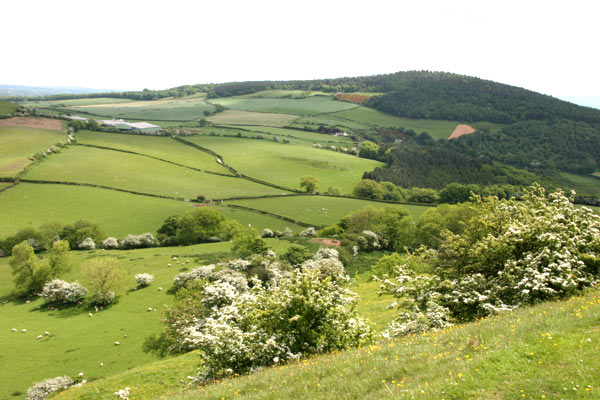 I think it’s possible that the crash site was beyond the farm in the top left of this photo, taken from Moel Hiraddug.

Cwm Mountain, site of the Halifax crash in 1947, is the wooded hill on the right.

The accident investigators believed that the Navigator assumed they had crossed the coastline. The cloudbase being very low the pilot began his let down over what he thought was the sea.

If you’ve seen the film “Memphis Belle”, this was the same type of aircraft. 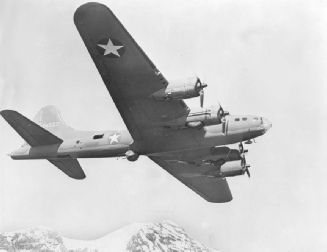 Mr Evan Jones gave a statement saying that at about 3pm on 29th December 1943 he was walking along Brynglas Road and he heard an aeroplane flying very low. The fog was so thick he couldn’t see the plane. He said the engines sounded all right. He heard a loud bang and went across a field to the aircraft, which was on fire.

There he was joined by another man and they tried to render assistance, but it was impossible to do anything.

He then reported the position of the crash to a Searchlight Crew and went back to the aircraft, where he found two bodies that had been thrown clear of the plane.

In the map below the road past Brynglas Farm is highlighted in yellow. Click on the map for a larger version

The weather at the time of the accident was given as:-
Prevalent icing conditions - icing level at 2000 ft. Visibility at scene of accident 500 yards. Wind direction 320 degrees at 15 knots. Ceiling 900 ft 10/10 overcast. Scattered showers. Scattered patches of clouds at lower altitudes.

The 18 men who were killed

Corporal Mullavey got to permission to fly and reported to the aircraft just before it taxied, the pilot didn’t call his name in to the Tower Officer so his name wasn’t on the Aircraft Clearance form.

I have photographs of seven of the graves, taken by Alan Clark of Peak District Air Accident Research

Click on the photos below for a larger version

The crash was initially dealt with by the RAF and the medical officer from Hawarden was sent to the crash site. He only took one orderly with him when he received the call from the local police.

They found 17 of the victims on the day of the crash and the police found the 18th the following day when it got light. They were all taken to Hawarden and were later transferred to the USAAF. I’m told that all of them would have been buried in the UK, either at Cambridge or Brookwood, and after the end of the war most were repatriated, with nine still being at Cambridge. 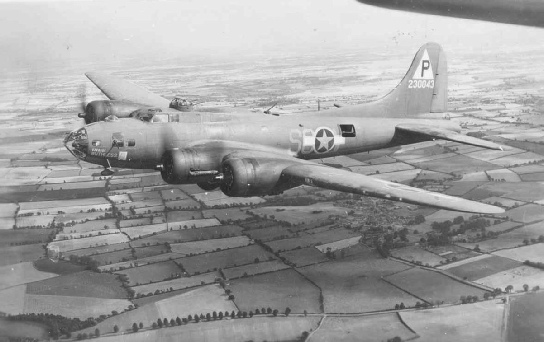 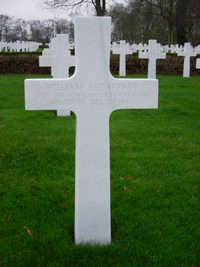 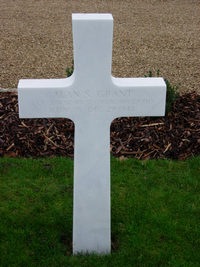 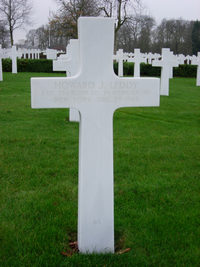 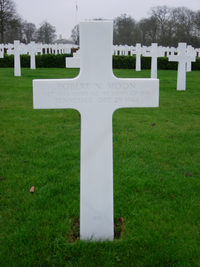 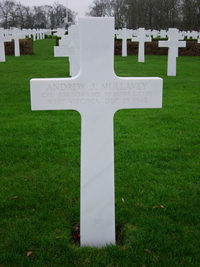 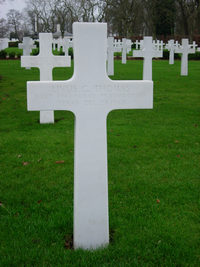 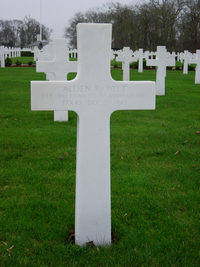